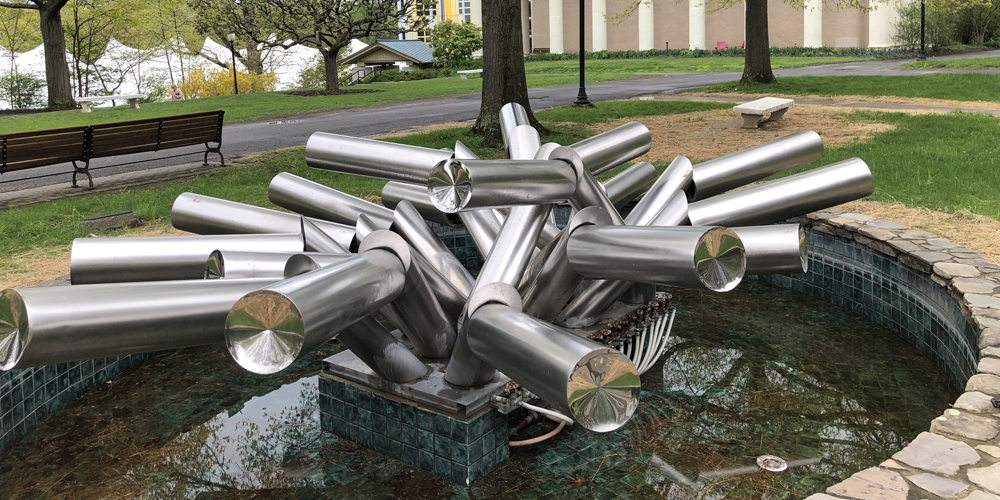 There is a delightful small fountain lying in wait for you between Olin Hall and Warden’s Hall, just to the west of Olin.  Titled Fontaine 1984, it is in operation seasonally, from now through October.

At first glance, it may resemble a pile of stainless steel cannons – but the cylinder parts are animated, moving up and down.  The sculpture soon begins to suggest the tentacles of an octopus. The row of pipes and rusted knobs underneath continue this image, and the tiles at the bottom of the fountain are an oceanic sea-green.

But after further observation, the possibility of an 18-legged tarantula appears.  Tarantulas are always slightly in motion, until they sense something nearby. Then, they either freeze or attack. The fountain, too, is in motion some of the time and sometimes not.  And, it emits the scrapy, squeaky sounds that seem to conjure up an arthritic tarantula.

Created by Belgian kinetic sculptor Pol Bury, Fontaine was a given to Bard College by Toni and Martin Sosnoff in 1995.