The Historic Beauty of Montgomery Place 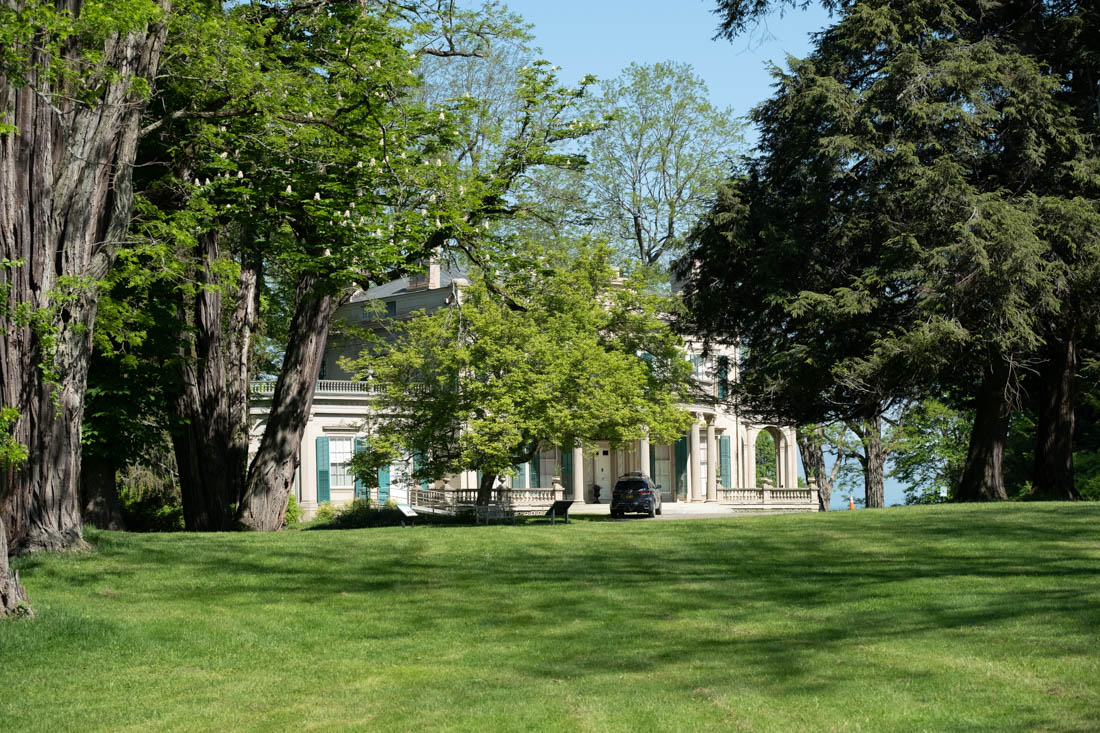 The Bard Arboretum encompases the entire campus, including the beautiful Montgomery Place estate. The original campus grounds are open to visitors, but Montgomery Place is the site of much of Bard’s SummerScape program and thus is open to visitors only on Mondays to allow for rehearsals. Consider taking a Monday off and scheduling a visit.The grounds of this National Historic Landmark are well worth the visit, whether you want to sit in the tranquil gardens, hike a trail to see the Sawkill River waterfall, or view the grounds designed by historic landscape designers. And the westward views of the Hudson River with the Catskill Mountains in the background are breathtaking. Read more

The estate represents the evolving vision of one American family over 200 years, as detailed in the description of the Montgomery Place Campus on the Bard website. Janet Livingston Montgomery, widow of Revolutionary War hero General Richard Montgomery, founded the estate with its Federal style mansion and commercial nursery in 1802. Upon her death in 1828, her brother, Edward Livingston, and his wife, Louise, took over the estate and laid out several walking trails. Their daughter, Cora Livingston-Barton, later designed many of the formal and rough gardens with the help of one of America’s best-known landscape designers, Andrew Jackson Downing. A third-generation Livingston, Violetta White Delafield, added the current formal and rough gardens in the 20th century. In 1986, Livingston heir John Dennis Delafield transferred the estate to Historic Hudson Valley. Bard College acquired the property in 2016.

The property’s basic layout and contours have remained constant throughout most of the estate’s existence. Apart from formal gardens and manicured lawns, 45 acres of farmland and 235 acres of woodlands stretch from the Hudson River to the front of the property on River Road. Much of the property’s original 19th-century design remains, as well as gardens, water features, and trails from the early 20th century. Exceptional vistas include the Hudson River and Catskill Mountains, the Sawkill’s lower falls, and the 80-acre South Woods forest.

Since its construction in 1929 by Hitchings and Company, this building has continually operated as a working greenhouse. The building’s prominent placement in the formal gardens shows that it served a serious connoisseur of plants. Unlike the original ornate conservatory that was a showplace for the second generation of Livingstons, this structure was first and foremost a workspace. It was in this building that the last generation and their gardeners cultivated plants for the gardens and house.

Many of Bard’s 2021 SummerScape events in July and early August will be held at Montgomery Place. Thus, through August 13, the estate will only be open to the general public from dawn to dusk on Mondays to accommodate the SummerScape rehearsal and performance schedule. The public visiting schedule after that date has yet to be determined. The house remains closed to tours. A brief glimpse of Montgomery Place and other sites in the Bard arboretum can be glimpsed in one of Bard’s videos.