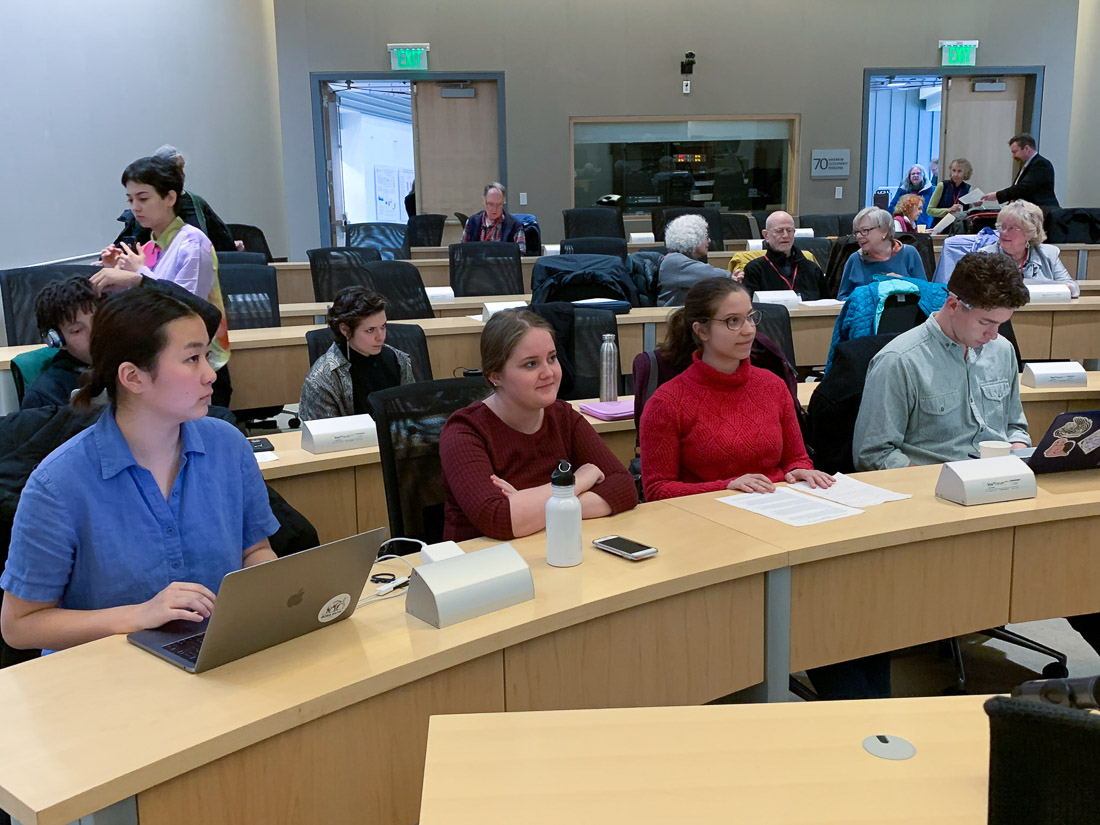 Each spring, Bard seniors, having worked long hours, complete their senior projects. Each project is a work in their major field that draws on their four-year experience at Bard. To complete their work, the students may need funds for travel or materials. LLI is proud to provide grants each year to several Bard students to help cover these expenses.

Each spring, we celebrate the students at the Seniors-to-Seniors Tea. The students present their work and answer questions, then we all snack on a variety of delicious goodies. This year, the date is Monday, March 30, at 9:30 a.m. at the Weis Cinema in the Bertelsmann Campus Center. It is a unique opportunity to learn from and interact with the students who will shape the future in their fields. Please join us!

Senior-to-Senior grants this year have been given to Coco Ma, Ananka Wetch, Zongheng Zhang, Thalia Chai-Zhang, Zuri Frueh, Alexa Maresca, and Grace Drennan. Their work addresses a very broad range of topics in the arts and sciences. You will learn more about their work and have a chance to talk with them at the upcoming event, but meanwhile here are a few teasers…..

Coco Ma is a joint major in studio art and philosophy. Her senior project, which opens on April 11 as an exhibit at the UBS studio in Red Hook, examines the relationship between the artist and the art s/he creates.

Ananka Wetch, a film major, uses microscopes and microscopy to create art. Her senior project installation “Interference” will be exhibited on campus at the Avery film studio beginning May 7th.

Alexa Maresca, an American studies major, is interested in ways the Greek diner has become an American phenomenon.

Grace Drennan, also an environmental and urban studies major, is studying whooping crane preservation. She traveled to Texas to advance that work.

After the students present their work, tea, sandwiches, and desserts will be served and we will have a chance to ask questions and discuss their work with them. Please come meet these talented, engaging students.