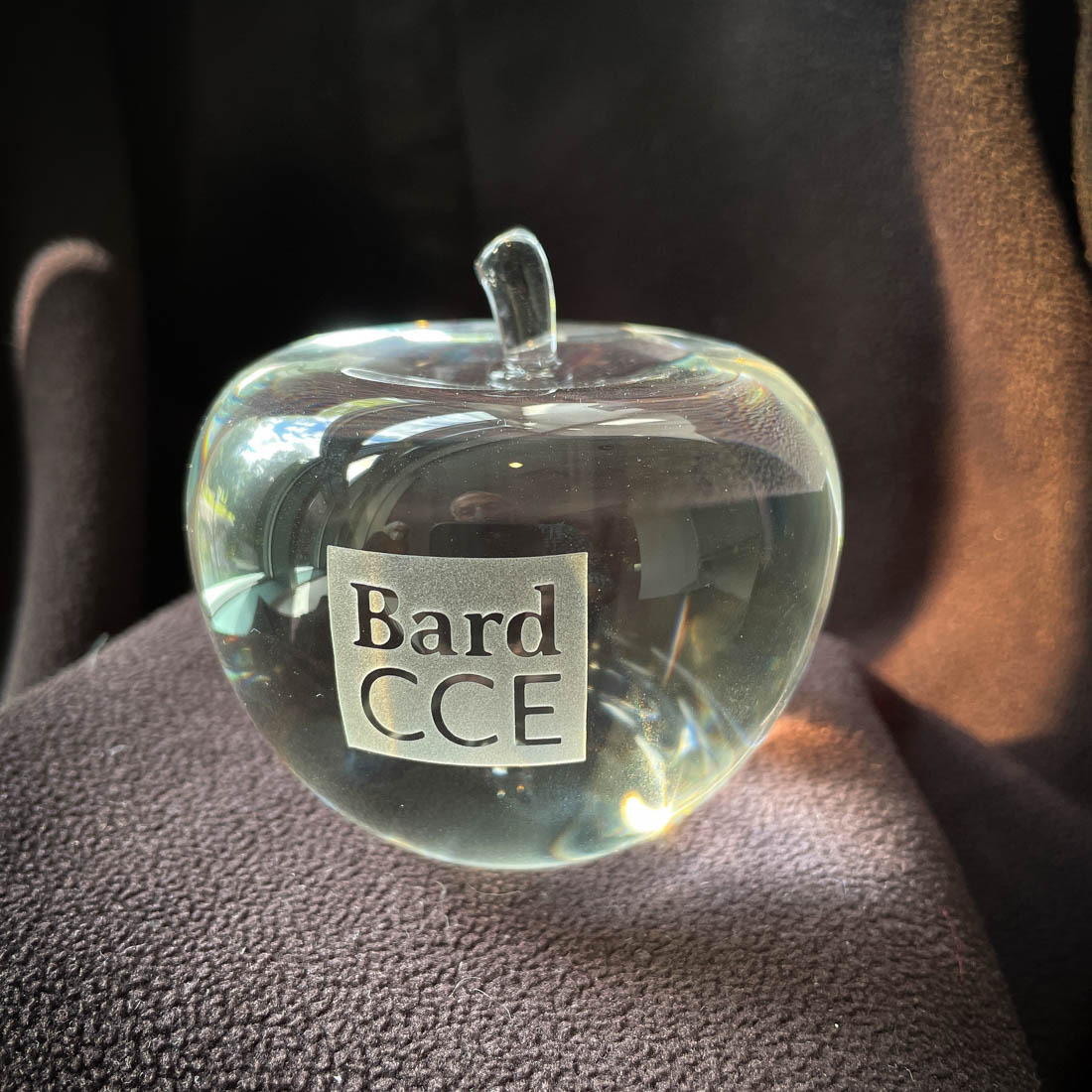 As Nanci mentioned in her president’s letter, LLI received the New Generations Award by Bard College Center for Civic Engagement on September 24, at a beautiful celebration recognizing CCE’s 10th anniversary. It was a spectacular late afternoon under a tent behind Blithewood, overlooking the river and the mountains beyond. Jonathan Becker, Executive Vice President of Bard; Vice President of Academic Affairs; Director, Center for Civic Engagement, presented the award to Nanci in recognition of LLI’s 20-year commitment to learning across the ages. She also accepted certificates from the Town of Red Hook, the Village of Red Hook, NYS Senator Sue Serino, and Dutchess County Executive Marcus J. Molinaro.

Other attendees from LLI included Anne Sunners (former LLI president, past curriculum chair, and 20-year member) and Jill Lundquist (chair of planning and evaluation, LLI’s liaison to CCE, and member of the CCE Advisory Board). Also in attendance at the ceremony were Robert McKeon, Red Hook Town Supervisor; Steve Noble, Mayor of Kingston; Karen Smythe, Mayor of Village of Red Hook; and Joel Griffith, Mayor of Village of Tivoli.

We were honored to be in good company. CCE does outstanding work around the country and all over the world. At this event, in recognition of their 10th anniversary, they focused on honoring local groups and individuals making a difference in Hudson Valley communities.

During their remarks, Erin Cannan, Vice President for Civic Engagement, and Jonathan Becker spoke of CCE’s 10-year history, from humble beginnings without even an office, to its current status as a most significant arm of Bard College, realizing its fundamental belief that higher education institutions can and should operate in the public interest. Please see more about the outstanding work being done around the world by Bard’s CCE: Bard Center for Civic Engagement.

At the end of his remarks, Jonathan Becker, who is also the acting president of the American University of Central Asia,  announced the creation of the Afghan Student Fund to provide living, legal, and other necessary support to Afghan students who come to study at Bard. Donations may be made to the fund at  https:www.annandaleonline.org/asf.