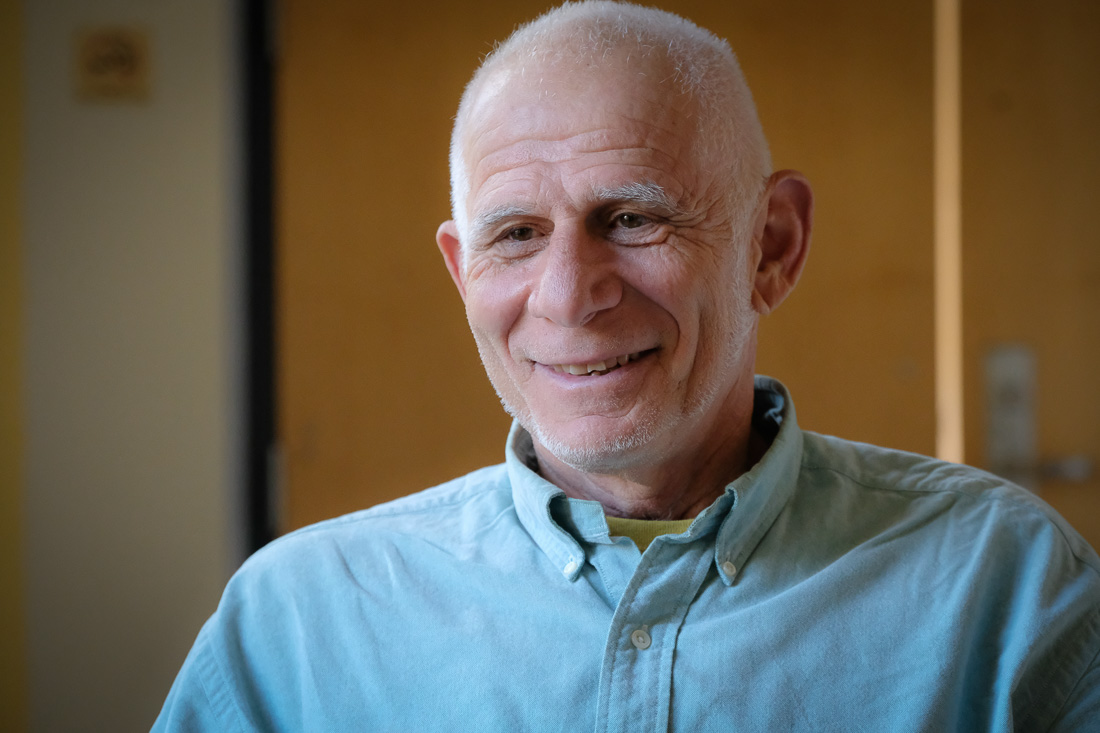 Say Yes Unless There's a Compelling Reason to Say No

In Paul Marienthal’s office, on the second floor of Bertelsmann Campus Center, there is a stained glass window with the words, “Say yes unless there is a compelling reason to say no.”

Paul is the Bard College Dean for Social Action. He is creator as well as director of the Bard Trustee Leader Scholar Program https://cce.bard.edu/community/tls/, and teacher of Social Action Theory, which studies the origins of human motivation. He works out of a cheerful, postered office — though he probably spends more time on the site of his many projects. “We go to places that are challenged.”

An Unusual and Unique Job

His is “an unusual and unique job, as probably the only dean for social action in the country.” He began teaching at Bard in 1996, as a part-time squash coach. He was asked by the athletic director to put together a program to attract healthy men, “in response to a concern that the college was just going to be an art school.” Now Bard is a full-range liberal arts college, with an enrollment of 2,200 and several active sports teams.

Many students apply to TLS (the Trustee Leader Scholar Program). “The students who really want to get things done turned out not to be ones who populated adult-directed programs. TLS gives real ownership to the students, and many students leave here with the capacity and the chutzpah to start a nonprofit of their own.”

Several other programs that began under TLS have grown into permanent institutional initiatives including La Voz, a Spanish language publication, and Brothers at Bard. The latter is a program of young men of color mentoring other young men of color.  https://cce.bard.edu/community/brothers-at-bard/  It is now in the process of becoming a nation-wide program.

A Gardener, Athlete and Musician!

Paul was also the builder of the common garden on campus and the Anna Jones Memorial Garden next to the Bard Chapel. He has been a lifelong gardener — he grew roses as a boy. And one of those rose bushes is today as big as a tree.

He helped to build the Bard College barn in an old-fashioned barn-raising with “happy, dancing friends from Massachusetts,” and he has “spent a lot of time” with his daughter on a tractor disking the garden’s earth.

As a child, Paul was an athlete, an activity that continued through high school and college. He played tennis at Stanford University, which he attended on an athletic scholarship. “Although,” he said, “I was a basketball player at heart. I always wanted to be a Celtic.”  How did he become a Boston Celtics fan while growing up in Los Angeles? “My team, the Lakers, got beaten seven times by the Celtics!”

In his free time, Paul is a musician. He has been playing improvisational flute since he was seven years old. Today, he occasionally plays in jazz concerts, and also has a piece on YouTube: a rap song, “Nowadays.”