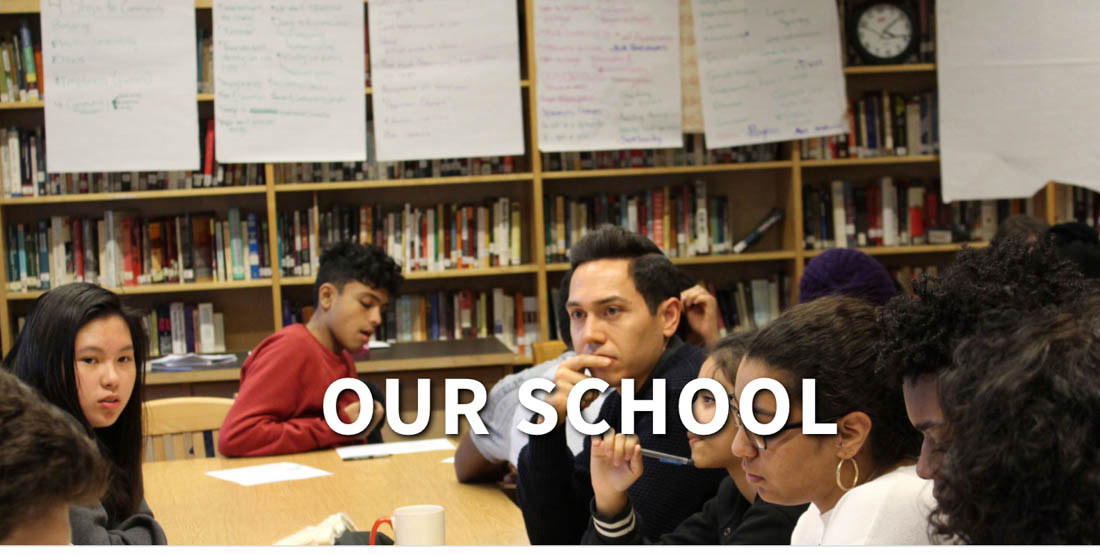 Every year, LLI provides financial help for students in the Bard High School Early College (BHSEC) program in Manhattan for expenses incurred during their summer internships. The two recipients of this year’s $1,000 grants were Harper Alderson, who worked as an intern at the Manhattan District Attorney’s Office, and August Levenson, who worked on community murals sponsored by ARTYARD and the Brooklyn Waterfront Artist Collective. Both gained valuable work experience during their internships, as they explain in their thank you letters.

Dear President Beaury,
I am writing to sincerely thank you and the Bard Lifetime Learning Institute for sponsoring my internship at the Manhattan District Attorney’s Office. My internship ended up pairing me with ADA Gow Mosby, Jr., and I worked with him in the Sex Crimes subdivision of the Special Victims Unit. There, I was able to draft and potentially implement a policy proposal to uplift victims of sex crimes. In addition, I was paired with an office member as an advisor and supervisor, and had access to presentations from units such as gun violence prevention, police accountability, and immigrant affairs.

My policy [is] specifically related to addressing the underreporting of Sex Crimes. In my proposal, I detailed how to improve the “Victims Resources” tab on the website. Currently, it does not include the Sex Crimes victims bill of rights, nor does it include the arrest-to-disposition process specifically as it relates to sex crimes. Research has proven that lack of information about the criminal justice system from a reliable source is a reason survivors don’t report. I developed an official proposal, designed the section of the website, and pitched my idea to the people in the office who had a say over its implementation. It was very successful, and hopefully should be implemented soon after a few minor changes.

In addition to this rewarding work, I was also able to gain important insight into the inner workings of the office. I was assigned to ADA Gow Mosby, Jr. who works standard trials, but specializes in sex crimes. Recently, he prosecuted a neurologist who abused his patients while they were under anesthesia. I gained insight into exactly how this case was prosecuted, and the resources given to the victims. The witness aid service unit is far more robust than I ever knew, and I learned that survivors have access to free therapy and basically anything they need to guarantee their safety.

In terms of my broader experience with my class of interns, we heard from 1-2 units every day via Zoom. Some presentations I found especially meaningful were the three I mentioned before, in addition to the Hate Crimes division, the Race & Criminal Justice project, Policy Analysis Seminars, and the Friday Night Lights program. I’ve been able to establish relationships with people within the office, which has allowed me to connect my debate team with the DA’s office so we can have mock trials. In addition, it has given me access to the Bard Prison Initiative, and I even was able to meet personally with DA Bragg about my proposal/the debate team. Without your generosity, none of this would have been possible. Thank you so much.

I am writing to express my gratitude for funding me to work as an assistant manager at the grassroots organization ARTYARD. As I wrote in my application, I have been deeply rewarded through the years as a student and member of the ARTYARD community. However, the opportunity to work there under founder Meredith McNeal this summer was truly special for me. The days were both challenging and ultimately rewarding, especially in my development as a teacher.

Meredith took special time to introduce me to the responsibilities and challenges that all teachers face, particularly in a community-based organization where there is little administrative support. For me that meant arriving hours in advance, organizing lesson plans, and staying after hours to shut down the space. This work was sometimes daunting, but ultimately seeing the community in person for the first time since the start of the pandemic made it more than worth the effort.

The biggest challenge we faced was an unforeseen and late-in-the-game pivot to a new project when the New York City Department of Transportation declined to adequately protect our artists and teachers from oncoming cars while painting a mural on traffic dividers along the Ft. Hamilton Parkway (ARTYARD’s original project). So we turned our attention instead to developing a gallery show in the Bed-Stuy neighborhood featuring a few of our senior community-based artists. The installation titled Towards A Brave New World has already been quite successful.

Thankfully, during our second week, we were then provided a second chance to paint a public mural by another organization that we have been associated with called the Brooklyn Waterfront Artist Collective (BWAC). In the past, BWAC has graciously provided us with space to hold our classes in the old brick-and-mortar buildings alongside the pier of Red Hook. BWAC is a well-known artist collective and it was through them that we were able to help contribute to one of their large-scale exhibitions More Art Of Coney Island, contributing a few large banners, the largest of which is situated directly in the center of the exhibit. Additionally, during this time, a few older students began to spread their wings for the first time by teaching classes of their own, based on themes drawn from our surrounding Red Hook community.

I cannot express in words how nurturing and healing this time was, particularly during our final week of the summer session. This was the time when I, in addition to a couple of other younger longtime students, taught our own lessons. The theme of my lesson was the dichotomy between the natural and the artificial. I had previously taught a lesson at ARTYARD Zoom during the pandemic and honestly, it was a bit improvised. This time, however, Meredith challenged me to develop an in-depth lesson plan, which included images, talking points, and a schedule to keep to throughout the day. That aside, the most eye-opening experience was teaching the live course, where I discovered how to better assert myself in front of a group.

At the close of the session. Meredith asked me to help redesign the ARTYARD logo. I was glad for this opportunity because I had used part of my grant to purchase an Adobe Creative Subscription for ARTYARD that I had hoped to showcase on the traffic divider project. I was obviously happy to add some of my own design to ARTYARD’s online presence. The project also gave me an opportunity to learn Photoshop, which I think will help me in my future artwork and design.

Finally, in closing, I want to thank you once more for the invaluable time with ARTYARD you provided me. It allowed me to experience both the fruits and labors of being a teacher in one of my fields of passion. I am certain the lessons I’ve learned will stick with me no matter the path I take. Moving forward, with the payment you’ve provided, I will be donating a portion of my grant to ARTYARD in the hopes of helping Meredith to establish a bigger online presence for the organization. The weeks I’ve spent this summer with this organization have truly allowed me to gain a deeper appreciation for the role of art in fostering community. I had a spectacular summer, and hope to work with you again in the future.